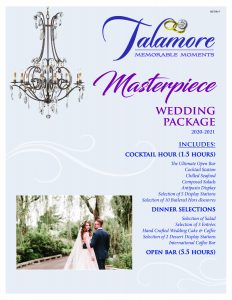 The Farm House
The land on which the Inn now stands was originally part of a large expanse owned by William Penn. In 1682, William Penn granted 1,000 acres to Richard Pearce. In 1711, 50 acres were sold to William Morgan. Morgan built the original section of the Farmhouse, which consisted of a ground floor where meals were prepared, and a small upstairs sleeping chamber. When Morgan died, the property was sold to Joseph Ambler.
The house remained in the Ambler family until 1825 when the property was acquired by squire John Roberts who married an Ambler daughter. It was Roberts who built the middle section of the farmhouse, adding the living room and dining room.
Over the next 100 years, the property had many owners. In 1929, under the ownership of the Wright family, the “schoolroom” was constructed. It was in this room that the children of the house were schooled. The property passed from the Wrights, to the Flood’s, to the Wolfe’s, and finally in 1983, the remaining 12 acres were sold to Richard Allman, the present day owner. It was Allman who put the property to use as a small bed and breakfast.

The Barn
Squire John Roberts constructed the stone-bank barn in 1820. The ground level now housing the restaurant contained feeding troughs, milking areas, and animal stalls. The magnificent two-story window at the front of the barn replaced the wide double doors which opened to allow hay to be forked to the ground.
The barn was completely gutted and renovated in 1987. Whitewashed walls were sandblasted to reveal the original stonework. This building now also features guestrooms on the second and third floors.

The Corybeck
This house was built in 1929, and served as a tenant farmer’s cottage. Corybeck means “crow’s nesting place.” The cottage is quite quaint and houses 5 guestrooms.

The Tomas Wilson House
A stone beauty, this house was named for six generations of Thomas Wilsons who settled and helped to develop Montgomery Township from 1778 to 1892. The first Thomas Wilson came to America from Ireland and attained the rank of Captain in the Continental Army. It is believed that Thomas Wilson IV probably built the house as he was a contractor by trade.
In 1892, the Wilson Family sold the house and property to settle a debt. It passed through a series of owners, and in 1983, it was inherited by Albert & Anna Horvath. By the 1990’s, the house stood empty stucco crumbling, shutters drooping and property choked with weeds.
In the fall of 1997, upon hearing that there was a demolition order for the house, Richard Allman purchased the home and moved it one mile west to the grounds of the Joseph Ambler Inn. With great care, the stucco was stripped to expose the stone underneath, the inside was restored to it’s original beauty, and an addition was added to the back of the house.

The John Robert House
Named for Joseph Ambler’s son-in-law, this house was moved to the grounds of the Inn on November 23, 2003. It was picked up and painstakingly moved 2 miles a feat that took almost 16 hours. The initials of John Roberts carved into the stone of both the Barn and the John Roberts House now face each other on our property, finally bringing the history of these families back together.
The original rooms were restored and a new addition was added to include a total of 15 guestrooms. This house is state of the art with high speed internet access, spa tubs in every room, seven of which also boast fireplaces. The beehive ovens in the original dining room area have also been restored to add an additional sense of style and grace to this magnificent house. The dining and living room areas are a perfect place for your business meetings, cocktail receptions or private dinner parties.